, /PRNewswire/ -- (NYSE: POR) today announced the start of commercial power generation at the Wheatridge Renewable Energy Facility in . Wheatridge is a joint project of PGE and a subsidiary of . This ground-breaking new facility marks a milestone in acceleration to a clean energy future and will play an important role in achieving PGE's recently established company wide goal of net zero greenhouse gas emissions by 2040.

"Customers want and expect cleaner, greener energy sources," said , PGE president and CEO. "This is an exciting step toward completion of this important resource and adds to our growing wind generation portfolio. We deeply appreciate the partnerships that make the Wheatridge project possible, with NextEra and with the transmission services teams at the and ."

Wheatridge will be one of the first large-scale energy facilities in to combine wind, solar and battery storage resources at a single location. The 300-megawatt wind farm is now complete and delivering power to PGE customers. The 50-megawatt solar and 30-megawatt battery facilities will be completed by the end of 2021.

"An important community effort like Wheatridge needs teamwork, and I'm happy to have teamed up over the years with PGE, , , farmers like and all the local officials to help this exciting project get over any hurdles," Senator said. "The latest good news about the wind farm part of this innovative renewable energy project will have huge benefits when it comes both to facing the climate crisis and generating good rural jobs."

With the addition of Wheatridge's wind farm, PGE's wind generation portfolio now totals more than 1,000 megawatts (one gigawatt) nameplate capacity, available from five owned or contracted wind farms in the Northwest – typically generating enough power to serve the equivalent of 340,000 homes. When complete, the solar and battery storage facilities will be among the largest in .

Located just northeast of in , Wheatridge's wind farm generates power using 120 wind turbines manufactured by The facility uses a mix of 2.3-megawatt and 2.5-megawatt machines. Final selection of the specific equipment to be used at the associated solar farm and battery storage facility is still pending.

Up to 300 jobs were created at Wheatridge during construction of the wind farm; up to 175 workers will be employed to build the solar and storage sites. Approximately 10 full-time employees will operate the combined facilities once all three components are fully commissioned for service.

"Our long-term partnership with PGE has created family-wage jobs in our community and brought clean-energy innovations like the Wheatridge Energy Facility," said , general manager of the . "This makes our region more attractive, competitive and desirable for residents and business."

The project's early development work as a wind farm was performed by , an affiliate of MAP® Energy. purchased the development rights and together with PGE expanded the project scope to include solar generation and battery storage.

Power from the project will reach PGE customers in and the north via a new transmission line, constructed by , that connects Wheatridge locally with the regional high-voltage grid.

PGE now owns 100 megawatts of the wind project. A subsidiary of owns the balance of the project and will sell its output to PGE under 30-year power purchase agreements. The subsidiary is building and will operate the combined facility.

PGE expects to invest approximately for its owned portion of the project.

About
(NYSE: POR) is a fully integrated energy company based in , with operations across the state. The company serves approximately 900,000 customers with a service area population of 2 million Oregonians in 51 cities. PGE has 16 generation plants in five counties, and maintains and operates 14 public parks and recreation areas. For over 130 years, PGE has delivered safe, affordable and reliable energy to Oregonians. Together with its customers, PGE has the No. 1 voluntary renewable energy program in the PGE and its 3,000 employees are working with customers to build a clean energy future. In 2019, PGE, employees, retirees and the donated and volunteered 32,900 hours with more than 700 nonprofits across . For more information visit portlandgeneral.com/news.

Safe Harbor Statement:
Statements in this news release that relate to future plans, objectives, expectations, performance, events and the like may constitute "forward-looking statements" within the meaning of the Private Securities Litigation Reform Act of 1995, Section 27A of the Securities Act of 1933, as amended, and Section 21E of the Securities Exchange Act of 1934, as amended. Forward-looking statements made in this press release include statements regarding the impact of the Wheatridge project on power supply costs, emissions reductions and grid reliability, energy strategy for future periods, the implementation and outcome that strategy, and the acquisition of additional resources to meet retail customer demand as well as other statements containing words such as "anticipates," "believes," "intends," "estimates," "promises," "expects," "should," "conditioned upon," and similar expressions. Investors are cautioned that any such forward-looking statements are subject to risks and uncertainties, including failure to complete capital projects on schedule or within budget, or the abandonment of capital projects; changes in capital market conditions, which could affect the availability and cost of capital and result in delay or cancellation of capital projects; the outcome of various legal and regulatory proceedings; general economic and financial market conditions; and the cost and availability of services, products and technology. As a result, actual results may differ materially from those projected in the forward-looking statements. All forward-looking statements included in this news release are based on information available to the company on the date hereof and such statements speak only as of the date hereof. The company expressly disclaims any current intention to update publicly any forward-looking statement after the distribution of this release, whether as a result of new information, future events, changes in assumptions or otherwise. Prospective investors should also review the risks, assumptions and uncertainties listed in the company's most recent annual report on form 10-K and in other documents that we file with the , including management's discussion and analysis of financial condition and results of operations and the risks described therein from time to time. 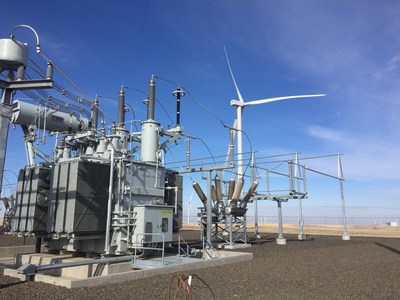